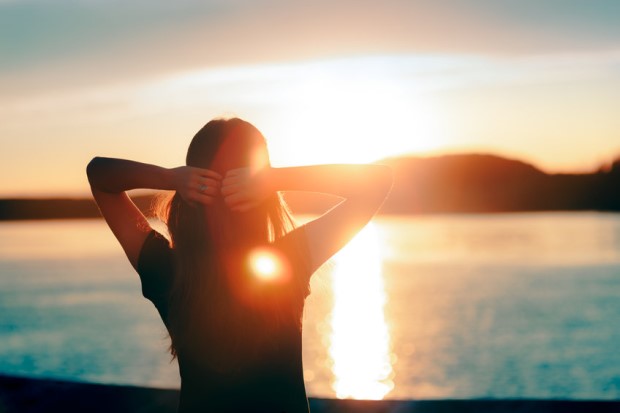 A sacred practice that can help you transmute any loss or pain into a transformative experience is a self-designed ritual of release. Rituals of release assist you in leaning into your “sweet pain” and letting go of whatever no longer aligns with your soul’s path.

You can create a personal ceremony to bless and release anyone or anything that you need to let go of in your life. Possible ceremonies may include a private prayer service, the burning of items, the creation of a picture scrapbook or journal, or the designing of a vision board that reflects your future intentions.

Rituals of release can also include making a picture scrapbook, using old photos in a collage about the past, journaling, or simply lighting a candle. You can use photos from your childhood, textured papers, and inspiring quotes to create a visual journal that depicts self-healing. Such rituals of release transform any emotional release into a positive, creative energy. Practicing a ritual of release can jumpstart transmuting stuck energy into a positive healing experience.

A ritual of release that I used to let go of the loss of my mother, who abandoned me when I was young, involved fashioning, then burying a miniature time capsule in the form of a coffee can that contained items connected to our relationship. Following a year-long search for my mother after her twenty-six year absence—a quest that revealed past experiences of loss and pain—my search ended at the run-down apartment in Pittsburgh where I had last lived with her. I had with me the coffee can containing a photograph that captured my essence at age eight, the year my mother had left, along with a letter to that little girl expressing my unconditional love for her. I had written: ”Dear Debbie, you are a strong, loving, and courageous woman. You are whole and complete light. This is how you came into the world and this is how you will leave. Remember, you have not been abandoned. I have always been there with you. You have blessed and released your painful past. Now, be free to live and express the light of your being.” These ritual objects acknowledged both who I was then and who I had become.

I buried the coffee can in the backyard of the apartment building, symbolizing the clearing of my unresolved pain relating to the loss of my mother. As a result of releasing and forgiving the past, I began to the journey to self-love and claiming my true being.

Another sacred ritual of release was one created by a client named Ellen. For years after the death of her mother and grandmother, Ellen had kept some of their clothes, struggling to decide what to do with them. Finally, to release her feelings of grief over her loss of these pivotal women in her life, Ellen made a beautiful quilted pillow using red calico fabric from her grandmother’s housedress and blue printed cloth from a dress her mother had worn.

Sewing the squares of the pillow gave her an opportunity to experience emotions and memories related to the women and transform her pain into a new creative undertaking. As she stitched together the cloth fragments, she also was able to integrate the fragmented pieces of herself. Ultimately, she produced a stunning creation that transformed her unresolved grief into a memorable expression of the love she had for these women.

Other rituals of release include using old photos in a collage about the past, and journaling. Such rituals transform energy and unresolved pain into positive creative experiences. For example, to release her emotional pain and trauma, another client, Jackie, took photos from her childhood, colored textured papers, and inspired quotes and created a visual journal that depicted her self-healing from child sexual abuse.

Learning how to lean in and let go in a positive way creates the new space for your intentions to manifest. As the Buddhist nun, Pema Chödrön states, “To live is to be willing to die over and over again. From the awakened point of view, that’s life.” Seeing these life-death-rebirth cycles, as spiritual beginnings rather than endings teaches you how to fully live. Just as you know light through darkness, so can you know life through death.