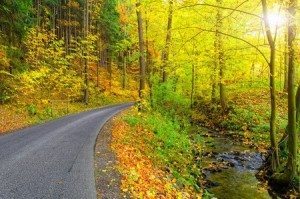 I just spent the last several days with my dearest friend, Debbie at Sunset Beach in NC. On Saturday, as we took a long stroll on the beach, we both had the intent to find some unusual shells. She wanted ones she could place in a “healing” fishing net she was making to represent everything that she had let go of this year. I, on the other hand, desired a sand dollar to grace my path, signaling abundance.

Combing the beach for special shells, we had to sort through and pass up a myriad of broken sand dollars and typical shells before making a final choice. When we came across a particular shell, we picked it up, examined it, and decided if it resonated with us. Similarly, we have to sort through numerous choices every day to select those that align with our heart’s desires and then let go of the rest.

As we continued this sorting process, opened our hearts and let go of having to take any home, we came across a swath of beautiful shells and even an intact sand dollar that were rare for this beach. Excited, I gingerly placed the delicate sand dollar in my pocket to protect it.

We celebrated our rare finds with a few yoga sun salutations on the beach. Caught up in the blissful moment, I forgot about the precious sand dollar in my pocket. A few downward dog poses later, I discovered it shattered in many pieces. So, I blessed and released the sand dollar along with everything else that wasn’t meant to be at this time.

When we turned around to walk back, we separated and took divergent paths along the beach. Just about halfway back, Deb walked toward the dunes and simultaneously, I moved toward the rising surf. Drawn to something we both felt, we both turned around at the same time and called to each other. As we looked at one another, we were both holding up a beautiful sand dollar.