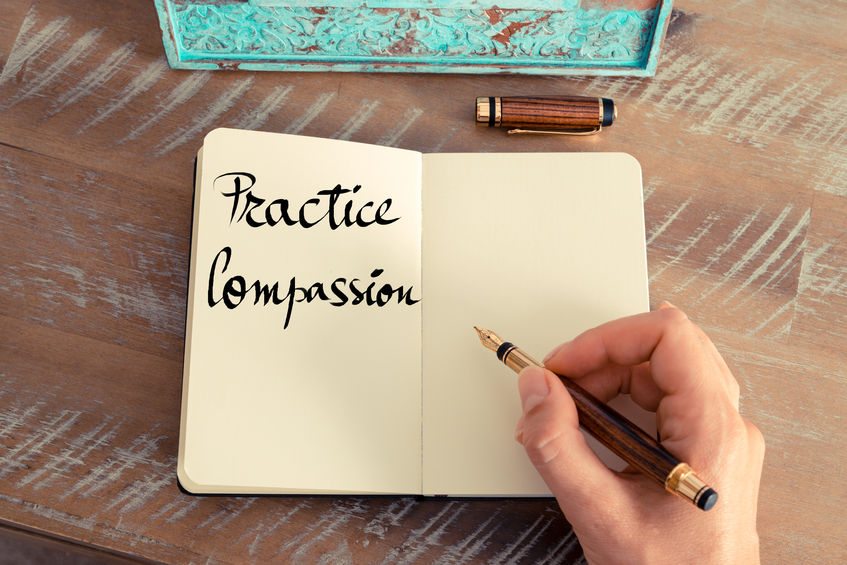 Practicing compassionate detachment increases our ability to infuse difficult situations with positive energy―and ultimately, to transform them. In choosing to respond rather than react, we can diffuse a negative situation and create a neutral space in which the other person doesn’t have anything to come up against. Without something to react to, they are more likely to calm down and even become aware of their own reaction. Providing them with a mirror of love in which to see themselves helps them gain awareness of their behaviors. Thus, holding them accountable for their actions actually opens the possibility for unconditionally loving interactions with them in the future.

Whenever such people come into our lives, they also reveal something about ourselves that we need to either release or transform. So when we fear getting hooked into any person’s negative patterns we can also observe ourselves to discover our own possible negative patterns related to the exchange. Then we can compassionately bless the person and release the situation to resolve on its own.

Practicing compassionate detachment gives us the power to transcend anyone or anything that doesn’t originate from the energy of love. In a recent phone call with my stepmother, Anne, I noticed that my stepmother began emotionally reacting when she realized that her grandson had eloped prior to his planned wedding celebration and hadn’t shared the news with her. Having difficulty accepting his point of view and his choice, Anne decided that she would not attend the planned wedding celebration.

My husband and I were to meet my father and stepmother for lunch following this phone call and her decision. Checking in with myself, I noticed that I felt anxious about the upcoming meeting, which alerted me to my vulnerability. Knowing that my emotions were likely to surface at lunch, I tried to create a compassionate space and at the same time diffuse a potentially volatile situation by suggesting that we have lunch in a public place and with a specific time limit. On the drive to the restaurant, I shared my vulnerability with my husband and asked for his support.

Within the first few minutes of the lunch, I became aware of Anne’s rising anger that I had not touched on the subject of the elopement. I took several deep breaths and affirmed to myself my intention to offer Anne compassion yet detach from the situation. As soon as Anne brought up the subject, I was prepared to respond in a clear and loving way rather than react. I purposely softened my voice and spoke from my heart, “I know that you may feel hurt by Tom’s decision. If you need to share this with him, I suggest that you call and talk to him.” Anne, in turn, raised her voice and began defending her position, blaming Tom for not sharing the news with her right away and saying that his choice to elope was wrong. I once again said lovingly and clearly, “I honor your choice not to attend Tom’s celebration; however, I’m not going to discuss it in this way.” Sustaining the energy to remain calm and compassionate, I removed myself from the escalating situation by going to the restroom.

Upon my return to the table, Anne immediately began blaming me for her feelings of being rejected by the family. Setting more healthy energetic boundaries, I suggested that they have this conversation at another time and in a more suitable place―yet Anne’s rhetoric continued to escalate out of control.

At last, I chose to remove myself from the no-win situation. I got up from the table, went outside, and sat in my car. There, for about ten minutes, I took deep breaths and opened her heart in loving compassion. Withholding judgment, I blessed Anne, while at the same time releasing the hurt and disappointment surfacing within me.

My husband quickly paid the bill, and he and my father also left the restaurant. With no one left to engage with, Anne eventually came out to the car and apologized.

When we open our hearts, withhold judgment, and remain nonreactive, we experience situations from a spiritually elevated perspective; this gives us detachment as well as the capacity to feel compassion for even those who deceive or hurt us.