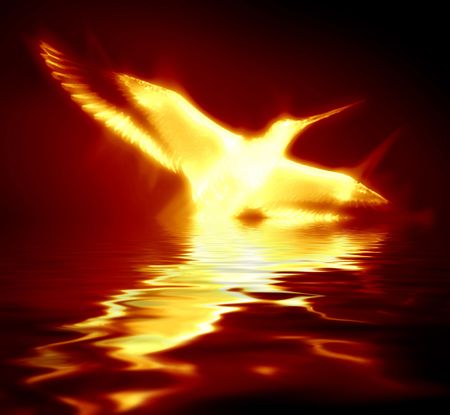 Sometimes a crisis such as an illness, trauma, or loss forces us to open to intense transformation. In some ways, change—even the hard change of healing old wounds—is easier when the alternative is unthinkable. But for many of us, daily life isn’t enough to trigger that kind of radical transformation. Instead, the pain is left to build up for years, even decades, because it’s easier to ignore it than to let go and lean in. Without release, however, these old wounds create chronic distress that can manifest as depression, anxiety, or physical illness. Only when the pain is released can we bring about self-healing. Click To Tweet

Our vulnerabilities offer us a great gift because when we lean into them we initiate an experiential death. This metaphorical death allows us to release the past and confront ourselves with nothing, “no thing,” to attach to—except ourselves. This creates a shift in our consciousness, much like the experience of dying and physically detaching from the body. Such a shift can be frightening or disorienting, especially when the brain reacts to the act of letting go of the pain as a threat to life, and triggers symptoms like anxiety, heart palpitations, and lightheadedness. But even in experiential death, what really die are our ego-centered identities, not our true selves. In fact, when we let go of our old, painful self-definitions, our authentic selves are given permission to rise from the ashes like the phoenix—the mythical creature of purification and transformation.

When my client Jocelyn, a longtime nurse, was forty-eight years old, she began attending a prestigious art school. Although she had always dabbled in art, she felt unprepared for the rigorous curriculum she encountered during her first year at the school. As she attempted to both care for her family and be actively engaged as a student, sustaining a balance proved to be challenging. She was responsible not only for presenting work that was appealing visually, but also for interpreting the meaning behind it. Consequently, there was no way around taking a hard look at herself.

Jocelyn’s final assignment in her first-year drawing class brought her to a spiritual crossroads. She was asked to find an object, draw it utilizing a multimedia approach, and then discuss the meaning behind the piece during class. While taking a walk one morning, she discovered a weathered piece of an iron gate. She was attracted to the strength of the metal, and the history represented by layer upon layer of paint. As she began rendering this object, chunks of the old paint began to peel away, exposing the iron underneath—like the layers of her own life experiences. As Jocelyn stripped away layer after layer of paint, she thought about the meaning behind each one and how she would discuss it in class. She liked to keep things simple, so when her professor asked her to talk about her concept Jocelyn simply said, “You spend the first half of your life acquiring layers of baggage from your parents, siblings, friends, and childhood experiences, and then you spend the second half of your life ridding yourself of the layers that no longer serve you.”

Two years later, she had renowned artist Charles Bergengren as her art history teacher. The information he shared about the medieval alchemists interested her, as she realized how this concept applied to her own life. Although the popular idea of alchemy during the Middle Ages centered around the attempt to burn away the “dross” of an ordinary material (such as lead) and transform it into a refined substance (such as gold), true alchemists of the time understood this process to be spiritual—the task of transmuting the “dross” of our material body into the more refined essences of mind and spirit—the gold of our true being.

Four years later, Jocelyn separated from her husband of twenty-five years, and graduated from art school. As she adjusted to her youngest child leaving home, she continued to harness her creativity and maintain a disciplined art practice. It was also during that time that she began a therapeutic relationship with me, working to let go of past patterns and relationships that no longer served her.

Not long after her divorce, Jocelyn received an e-mail from a friend in Massachusetts asking if Jocelyn would come to her home to share in a ritual of release based on the theme of the phoenix rising from the ashes. Jocelyn subsequently visited and, during the ritual, felt released from things that no longer served her life or were inappropriate to her being at this time in her life.

Seeing an experiential death as a beginning rather than an ending teaches us how to fully live. As Pema Chödrön says, “The kinds of discoveries that are made through practice have nothing to do with believing in anything. They have much more to do with having the courage to die, the courage to die continually. To live is to be willing to die over and over again. From the awakened point of view, that’s life.” Just as we know light through darkness, so can we know life through death. Click To Tweet