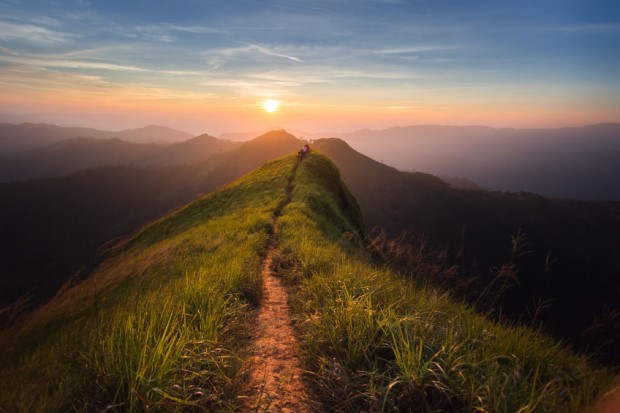 My transformational journey to find my mother culminated in January 2013, when my brother Jim began researching the genealogy of our family of origin. Although I had conducted a year-long search for my mother while in my late twenties, I never found her and thus, never got the closure I desired. During his research, Jim discovered that our mother had applied for a marriage license in Cleveland, Ohio in 1968—two years after she escaped from a mental health facility. Cautiously, we began to hope that we might still find her alive.

To better pursue this new lead, I asked a friend, Michael, and his partner, Dan, a genealogy expert, to assist me in locating my mother’s marriage license. Michael went to the Cuyahoga County Courthouse on my behalf since he was familiar with the processes to obtain such documents. When I saw my mother’s name on the page, memories flashed before me like a home movie: the summer pool parties she threw for my birthdays, the brown and white spotted cow costume she made me for Halloween, the wedding picture with her in her army dress uniform … And my last memory of her, watching through the window of my father’s car as she was driven away in the ambulance.

Michael ran my mother’s birthdate, social security number, and last known address through a “people-finder” web site, which projected that she might still be alive. Given her known history of drug abuse and mental illness, I was skeptical, yet my hope was still strong. I remembered feeling drawn to move to Cleveland in 1983, the same place my mother had applied for her marriage license, years after her disappearance. Had I been tracing her energetic footsteps, unaware?

Armed with this new information, Michael and I searched military records, but learned that a fire at the facility where her records were kept had destroyed them. We also learned that her mental health records at the psychiatric institution where she had been a patient had been sealed by the state of Pennsylvania when the facility closed.

Despite these setbacks, we persisted. While Googling alternate spellings of my mother’s last names, Michael found a misspelling of my mother’s married name—“Skagal” instead of “Skacal”—which led him to a military cemetery at Fort Collins, Colorado. Ultimately, we found a picture of a grave marker on which was written the same first name, middle initial, birthdate, enlistment date, and military rank as those of my mother. Further verification through the Social Security Office substantiated each piece of information I shared, and confirmed that the burial site was definitely my mother’s. She had died on November 4, 1969.

I felt like a door had been slammed shut. Grief engulfed me. I knew for certain now that I would never see her again. I would never be able to ask her the questions that had haunted me for so many years. But alongside the grief was an overwhelming relief. The reason we hadn’t been reunited was because she had been dead all these years, not because she hadn’t wanted to see me.

Before I experienced this closure, I carried around feelings of hurt, sadness, and abandonment like an anvil pressing down on my heart. Some days, this weight made it difficult to breathe, let alone love myself, create healthy relationships, or follow my dreams.

Since discovering that my mom is no longer living, I’ve been relieved of that burden of “what if.”  When I imagine her sitting here next to me, I no longer feel any anger or hurt toward her—only love, and a sense of peace. Through loving and letting her go, I can forgive myself for being a motherless daughter. I no longer feel disappointment in my mother’s choices or the limitations of her love, because I have compassion for her traumatic life and the love she never received. Experiencing her in a more positive light has brought me into a state of grace, where I am able to accept what is and forgive what isn’t.

Embracing and releasing my vulnerable pain made it possible for me to love myself, allow love in, and feel whole for the first time. The heart-based practice of forgiveness is one that I continue to use every day and in every aspect of my life. I know now that my relationship with my mother served a purpose in my life—and in that knowledge, I am able to finally find spiritual completion.

For me, this soul journey is about experiencing a homecoming to your heart. To be happy, you must wholeheartedly love yourself. Rather than constantly looking backward, regretting what might have been, you can choose to look forward through the lens of love, and discover that not only are you worthy of love, you are love itself.